What Does Haven Health’s Failure Say About Health Care Innovation?

What Does Haven Health’s Failure Say About Health Care Innovation?

Breaking news: Haven Healthcare has managed to shake up the world of healthcare not once but twice in less than three years. When the joint venture first appeared on the horizon back in 2018, it posed an immediate threat to thousands and thousands of insurance companies and healthcare providers as it promised to disrupt the industry. Three years after, it’s going out with a bang equally large, but for all the different reasons.

The initial menace of Haven for healthcare companies was concluded in its market power. Big name, well-funded partners that teamed up to promote the initiative (Haven is a baby of three of the most well-known corporate giants in the US, Amazon, Berkshire Hathaway, and JPMorgan Chase). In the end, these big names were guilty of a lack of clear vision for Haven.

This at first was not understood by the market as evidenced by its initial announcement causing shares of multiple large health care company’s stocks such as UnitedHealth Group and Anthem to plummet and even dragged down the broader stock market.

Although the February shutdown of Haven announced by the company on January 4, 2021, did not bring any drastic changes to the stock market value. Nonetheless, it still left the U.S. healthcare system in turmoil, exposing the industry’s real state and its lack of readiness to welcome disruptive innovation.

In their final corporate memo, the company did not bother to explain further the reasons that led to such an abrupt ending of the joint venture. Instead, they simply truncated their website to a brief one-page PDF file, where they stated that they ‘will leverage the insights and continue to collaborate informally to design programs tailored to address the specific needs of their own employee populations’. This caused many speculations surrounding the causes of the company’s failure and, subsequently, highlighted everything wrong with the healthcare sector in the US.

For instance, in the recent NPR’s interview with Erin Brodwin of Stat News about why Amazon, Berkshire Hathaway, and JP MorganChase healthcare company Haven is closing, the health tech reporter suggests that the failure is rooted in the hazy goals; a CEO inexperienced in operating a business; and competition with Amazon itself. The question is – how accurate is this speculation, and is there more to it?

Let’s start from the beginning and follow Haven Healthcare’s steps to map it all out and see which factors had the most impact on its premature decay. Then, it will become possible to link them back to the issues with the American healthcare system.

What Is Haven Healthcare?

Haven Healthcare is a joint venture formed by Amazon, the online retail behemoth known for disrupting major industries; JPMorgan Chase, the largest bank in the United States by assets; and Berkshire Hathaway, the holding company led by the billionaire investor Warren E. Buffett.

The U.S. corporate giants decided to partner up to develop technological solutions that would allow them to provide simplified, high-quality, and transparent health care for their hundreds of thousands of U.S. workers and their families. According to Jamie Dimon, the chief executive of JPMorgan Chase, the effort could eventually expand to benefit all Americans.

The inspiration behind the venture can be explained through Berkshire Hathaway Chairman and CEO Warren Buffet’s following quote: ‘The ballooning costs of healthcare act as a hungry tapeworm on the American economy. Our group does not come to this problem with the answers. But we also do not accept it as inevitable. Rather, we share the belief that putting our collective resources behind the country’s best talent can, in time, check the rise in health costs while concurrently enhancing patient satisfaction and outcomes’.

So, at its core, Haven was designed to be ‘free from profit-making incentives and constraints.’ The main areas of focus that Haven concentrated on were:

It sounds like an initiative that would get a lot of support, so…

It is possible to identify six significant problems that stopped Haven from disrupting the healthcare system in the USA: lack of expertise in health care; insusceptibility of health care to classic disruption; differences between the players in the venture; insufficient market power; perverse incentives; and, you guessed it, poor timing exacerbated by the COVID-19.

Let’s have a closer look at each of the components mentioned earlier.

Lack of Expertise In Health Care

When the corporate giants first announced the joint venture formation, Zach Cooper, an Associate Professor of Public Health at Yale University, tweeted the following: ‘I do hope Amazon, JP Morgan, & Berkshire succeed. Health care is wildly inefficient. However, it’s a bit like Mayo Clinic, Cleveland Clinic, and Partners Health coming out and saying they don’t like their computers, so they’re going to form a new IT company’.

Fair game. Healthcare is an industry that requires a lot of regulatory compliance and negotiation with established players. Unless you have at least some understanding of how it works and who you need to be targeting, you will not bring innovative approaches to old problems. Instead, you will likely end up getting humbled and overwhelmed by the industry’s complexity and hit a dead end due to not having substantial prior experience.

Unfortunately, expertise was something Haven’s founders did not have. All three joint venture leaders had not had any experience in health care before establishing the company.

Classic Disruption Is Not Applicable to Health Care?

Another thing that hindered disrupting the system significantly was the very nature of the healthcare industry itself. The standard formula for a disruptive company is:

For instance, when MP3s pulled through and disrupted the vinyl records market, they managed to do so by digitalizing the music industry. Essentially, we got somewhat average music quality (where are my fellow vinyl records snobs at?), but we got a lot of it. Instead of paying for the physical copy of the songs we like, we can now purchase digital versions of them for less. How convenient!

The thing is, health care does not quite follow this logic. Healthcare consumers do not want to settle for a lower-quality product, even if it costs half the price.

The only way to achieve disruption would be to reduce ‘low-value services’ – costly health care treatments that aren’t significantly more effective than cheaper options. Simultaneously, it only works in theory because employees, especially those highly compensated, would still want better therapy and access to the most modern prescription drugs. Cutting those offers out of the health plan would be detrimental for the businesses involved as it could potentially hurt the ability to recruit and retain workers.

All three companies involved in the Haven initiative are very different. While JPMorgan Chase is a financial services company located in New York, the U.S.’s most expensive city, with highly compensated employees, Amazon can boast having both highly paid workers in Seattle and lower-wage employees working in warehouses all around the country. It is not likely that they will agree on (or need) the same healthcare plans.

It sounds almost comical that Haven could not acquire sufficient market power with all the 1.2 million employees working for the venture’s constituent companies. But at the end of the day, this is exactly what happened.

Over the past decade, the U.S. healthcare industry could be characterized by the consolidation of health systems. The only way for an employer group to negotiate lower prices from providers is to ensure they have a big chunk of the local market (more than 50% of eligible employees). However, the employees of the companies that partnered up to create Haven are dissipated all over the U.S., which means there were not enough of them in one place to dominate even one local market.

The U.S. healthcare system is not a flat rate one: the more beds are in use, the more the hospital gets paid. Hence, it is not aimed at preventing people from getting sick but rather ensuring they get the adequate medical help they can capitalize on.

The only way to give hospital management an incentive to keep people out of hospitals is to replace volume-based, fee-for-service reimbursement with a capitation model that pays healthcare producers a fixed amount per member per month and is tied to health outcomes.

Many medical providers and insurers are more than happy with the existing dominant system. It provides enormous profits, so they are unwilling to adopt changes, especially as disruptive as those promoted by Haven.

Last but not least, the COVID-19 has played an enormous role in disrupting the disruption. Until further notice, the healthcare system alongside the U.S. government is trying to keep things untouched, which significantly limits the extent of changes Haven could implement.

Because of the postponement or cancellation of elective and non-urgent procedures, healthcare providers have already lost a lot of money and are wary of taking any more risk.

What Does It Say About the U.S. Healthcare Sector?

After reviewing all the key reasons that contributed to Haven’s failure, it is possible to draw the following conclusions about the state of the US healthcare industry and its willingness to adopt innovation:

All of these features describe an industry that does not let disruptions occur easily. Although Haven itself was faulty as a joint venture and had lots of room for improvement, it has still proved that at the moment the U.S. healthcare is incapable of tolerating innovative solutions aimed at reducing the cost of healthcare delivery.

Besides, the force majeure that the COVID-19 is set the process back a couple of steps, too! With the ongoing pandemic and all the difficulties it causes, the healthcare system’s primary focus has shifted towards maintaining what has already been built instead of implementing innovations that could potentially be detrimental. 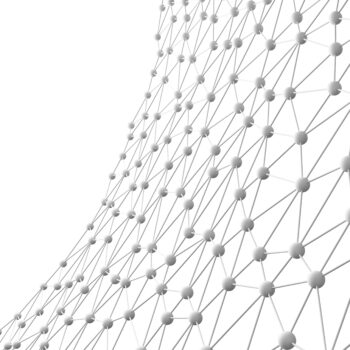